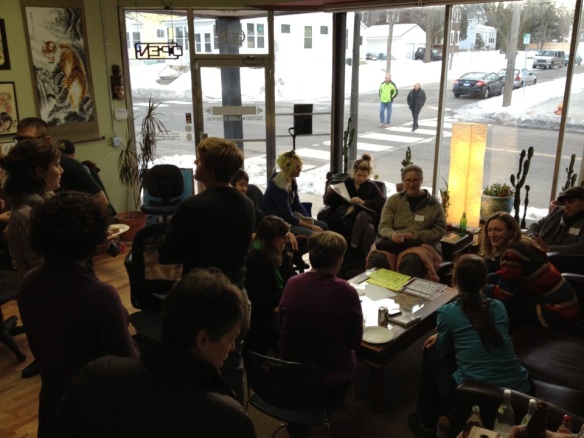 Hard to believe this was a year ago already.

Join the organizers of Art on the Avenue for an artist/business/community mixer on Monday, April 21 from 6-8 p.m.

This is an informal gathering where you can share ideas and volunteer to help build on the success of last year’s event.

The mixer will be held at Highbridge Tattoo, 608 Smith Avenue. Please don’t be intimidated by the idea of hanging out at a tattoo shop – it’s a gorgeous and welcoming space.

There will probably be refreshments of some sort but we haven’t gotten that far yet. More information will be posted later, but for now, mark those calendars! 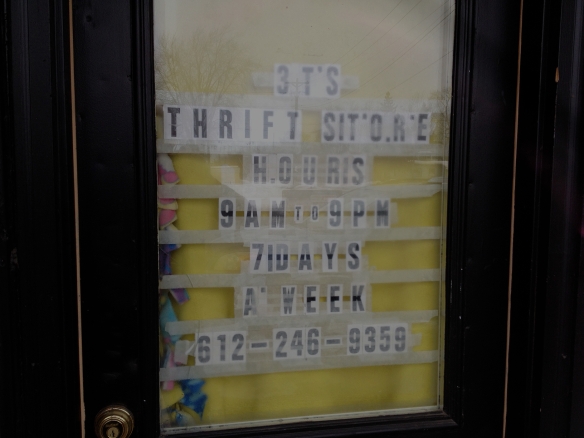 [UPDATE: This store is now closed]

It looks pretty official that the St. Paul Classic Cookie Company won’t be opening up at Smith and Curtice after all – a new tenant has moved into the space and opened its doors to the public.

The 3T’s Thrift Store is now open at 779 Smith. The location was previously home Affordable Coffins and Artery, which left over a year ago for a bigger space in the Midway neighborhood. The cookie shop held a lease on the space for the past year, but unfortunately never got off the ground.

I stopped by on Sunday and spoke briefly with Trinidad, one of the owners of 3T’s. He’s excited about the space and the traffic he sees going by on Smith, but is also well aware that a similar store was in the space a few years ago and went out of business in a short amount of time.

He said the store will be getting more merchandise over time, possibly even appliances at some point. Most of the items he’s currently selling were donated from friends, recovered from storage units, etc.

If you need a blender, an overhead projector and a wicker basket to take it all home in, this is your place.

The pickings are a little thin at the moment – it’s basically garage-sale merchandise, but also at garage-sale prices. Like all good thrift stores, the selection is eclectic, functional and useful to the right person. Most smaller items were in the $1-$3 range, a kid’s bike emblazoned with Minnesota Vikings logos was for sale for $35. Trinidad says he’s willing to negotiate on prices.

It’s hard to tell based on first impressions how successful this store will be. Trinidad, who lives nearby, says he’s putting “everything he has” into the business. The hours, 9 a.m. to 9 p.m. daily, are ambitious and will mean an “open” sign during times when most other shops in the area are closed (for instance, I Dream of Heels, next door, is only open on Saturdays).

At any rate – it’s good to see some activity inside a space that’s been dormant for far too long. Stop in and say hello if you get a chance.