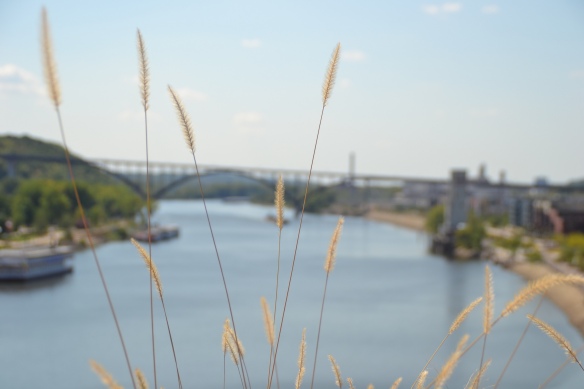 (photo by jpellgen via Creative Commons)

It’s really happening – the High Bridge will officially close for construction in just a few weeks. Starting September 5 the bridge will shut down for 16 months so the deck can be rebuilt and reconfigured. In addition to being safe for continued automobile traffic, the new bridge will feature bike lanes and protected sidewalks.

The official detours will route northbound traffic to downtown via Robert Street, and southbound traffic to Interstate 35E and Highway 13. The section of Wabasha between Fillmore and Plato (just south of the bridge) is still closed and is not scheduled to be completed until October, but if you’re on foot or bike that’s still your best bet to get downtown (the Wabasha bridge itself is still open and can be accessed via Water Street).

This obviously will be an inconvenience, but given the scale of the project it’s not exactly apocalyptic. Google Maps estimates a trip from the Capital View Cafe to Bad Weather Brewing is about 3 minutes by car over the High Bridge. Routing through downtown via Robert Street turns that into a 14 minute trip, and when the Wabasha bridge reopens it goes down to 11 minutes.

If you’re going from the West Side to, say, Grand and Victoria, you go from a 7 minute trip with the bridge to 13 minutes via 35E (those times will obviously vary based on traffic conditions).

The project will also involve short-term closures of Shepherd and Lilydale roads along with the dog park and adjacent trails, details are on the project page.

The work is currently scheduled to be completed in December 2018.